An Interview With Dr. Weil

I get asked a lot what it was like to grow up with Dr. Weil as my father. But here’s the thing, Dr. Weil wasn’t my father, Andy Weil was. He was the dad who would dress up as Santa Claus for Christmas, and the dad who would pretend not to notice when I crawled under his desk trying to sneak up on him. He was also the dad who pretended to leave me when we were in Romania. He’s always had a little bit of the coyote trickster in him.

I have had some incredible opportunities and in a lot of ways my childhood was pretty unique, but it was also very very normal. I have been able to travel the world and meet some incredible leaders and pioneers, but I also did my chores, attended public school, and didn’t understand why strangers wanted my dad’s autograph. I thought it would be fun to show a more private side of our lives as father and daughter. Here’s a little snippet of a conversation I recently had with him about being a father, his advice to parents, and how to live with passion and still make money. 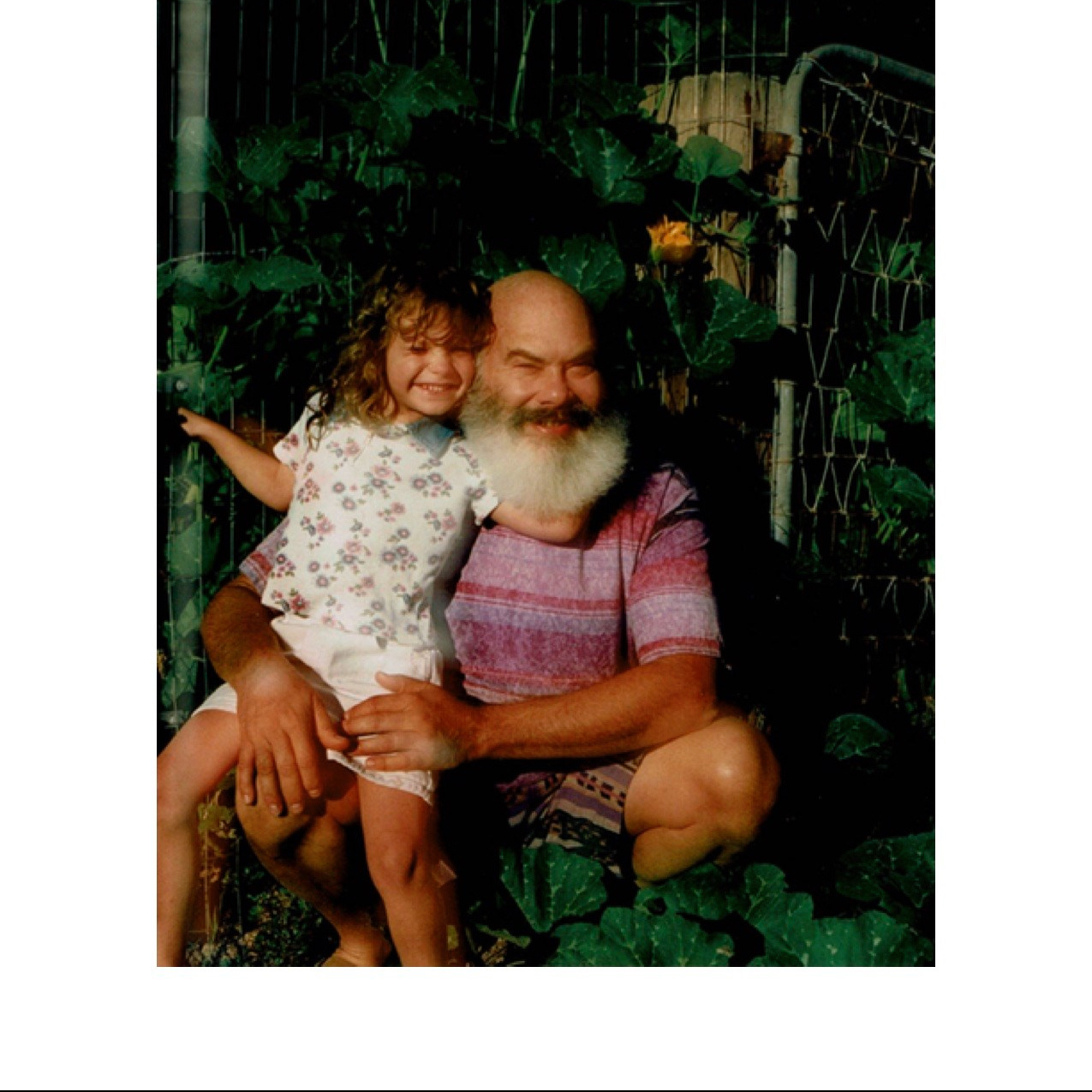 You had me in 1991 when you were a little older. You had a full and adventurous life before having me to say the least. What was that like?

Was it hard because you had had such an interesting life before? Did having a baby slow you down or were you ready to slow down?

I think some of both. I had gotten married which was a big change, and there were step kids so it was a family situation, I was definitely tied to that more than I had been. But yes it slowed me down some, but it was time in my life when that felt right. I remember the first night after you were born when you were crying and all of a sudden the reality of having a baby dawned on me and I thought, “woah this is going to be different”. I can remember that very distinctly.

(Me laughing hysterically) Did you panic a little bit? That’s so funny hearing you say that. I think that’s why having kids scares me so much. I’m not ready to lose my freedom.

I had kind of an unusual birth. How did that come about?

I really wanted you to have an underwater birth. It was something I was interested in for a long time and having seen a lot of births in many different situations, it just seemed to be a good idea. But it was very hard to get advice about it from anyone.

Really? Its really popular now, but it probably wasn’t as popular back then.

I don’t think it was. We had a great midwife who was really supportive, but people were so scared of it. Everyone thought the baby could drown. When your mom went into labor I was seeing a movie. I had a pager and I got this message saying it was time. I drove back right away, and we had to fill the inflatable tub up in the living room. It was the easiest birth I’ve seen. It was quick, and completely non-traumatic. I caught you as you were born, and lifted you out of the water. It was a really neat experience. I also believe in not cutting the cord for a long while (20-25 minutes), because all of the antibodies are transferred in cord blood. In hospitals they cut it right away.

Would you recommend home and water births?

Oh home births absolutely. I think water births are great. You know the Apgar score that you use to score babies on various things? You got the highest score our midwife had ever seen in her practice.

When I was a little kid you didn’t give me dairy until I was 3.

Right, because your mom and siblings were all allergic and there was a history of allergies and sinus issues. I really see that being related to cows milk. My advice to parents is if you have that history in your family to keep infants away from any cows milk until they are 2 and maybe even 3 years old.

And this means no cheese, no milk, no yogurt right?

Is there any other advice you would give to parents besides no dairy?

Do you remember Dr. Fulford, the osteopath? He believed all newborns should have a prophylactic session of cranial therapy, which we did for you. So if you can find someone who does it, that’s not a bad idea.

Did you give me a multivitamin as a kid or was I a good eater? How did you get me to eat my vegetables?

Like most kids you liked to eat pureed vegetables. I don’t remember it being an issue when we introduced vegetables to you. I got you to eat broccoli by making your favorite- potato stuffed broccoli.

Oh that’s right! I always loved that so much. What about when I stopped eating meat and fish? Was that a challenge?

It was first meat right? Which was fine with me because I hadn’t eaten meat in a really long time. I don’t serve meat in the house so I don’t remember if you really had an opportunity to eat it. Maybe when you were out. But when we were eating fish one day you told us about your pet beta fish and that you didn’t want to eat fish anymore. That was OK with me. I just wanted to make sure you got enough protein, but you liked soy foods and you were eating cheese by that point

So you think its totally healthy for kids to be vegetarians?

Yes. However, if they’re vegan I think you have to be careful because they can become deficient in certain areas. I do think I had you on omega-3 fatty acids.

For kids you would recommend omega-3, vitamin D and maybe a multivitamin?

I obviously love food and nutrition and it has actually become my career, but you never pushed it.

I would bring you into the kitchen when I was cooking, but you weren’t particularly interested. You also didn’t read, by the way. I never thought you would learn to like reading. I was worried about that.

(Laughs) But here we are! Side note: I have indeed learned to read and cook. Sometimes I even do both at the same time! I also became such a bookworm that my dad would have to make me put the book away so we could eat dinner. Miracles do happen.

I don’t remember when I started to love cooking but now it’s totally our thing.

I was so happy when you started to like it and you’re a good cook.

Do you have any advice for parents who are trying to get their kids interested in food?

I think not forcing kids. I do think involving them in food preparation and cooking is a good strategy. Make them excited about preparing food and knowing where food comes from. Try to avoid the all macaroni and cheese diet. I think broccoli and stuffed potato is a good idea, and you can do that with pasta as well. Try soups and other pureed vegetables. It seems like the trouble starts when you introduce solid vegetables to kids. It’s the texture that puts them off. There’s also a great deal of individualization with taste sensitivity. Some people taste things that other people don’t. Beets and Brussels sprouts are a great example. There’s a taste there that some people find horrible, and you want to pay attention to that. Some people might taste things differently. Really avoiding fast food and soda is probably the most important thing. 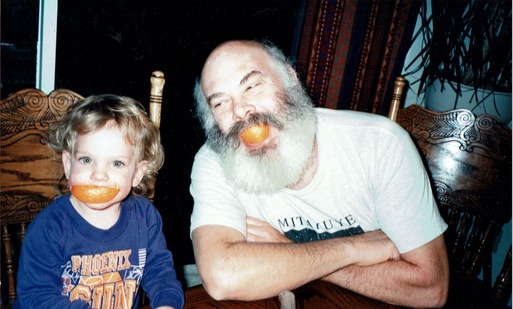 Ok so switching directions. You have become very successful as a writer and a doctor. But that wasn’t always the case. There are a lot of people who struggle to find what they love but also make money. How did you achieve that?

Well it was a process. There was a long period of time where I sold books but I wasn’t really making an income from it. That was really for a long time and money was tight; I lived frugally. There’s the famous story about Devorah (my godmother) and the washing machine.

I don’t remember that story.

When I bought that house on Hunter road, which was the first house I ever owned, it was a stretch for me. Money was really tight and I was living from piece to piece, trying to sell articles to magazines. My washing machine broke and I didn’t have the money to fix it, it was maybe $200. Devorah came over and said, “This is ridiculous that you can’t afford to fix the washing machine.” She helped me get a job for a year at Canyon Ranch. It was the first time I actually had a real job, and it was high paying, for a year it was good for me. And then you know it wasn’t until Spontaneous Healing (the book) when things turned around.

I think it’s really important to follow your heart and do what your passion is. That was what my parents always told me. They said they didn’t care what I did as long as it was satisfying to me. There were a lot of years when I didn’t get much support from the world for the path that I was following. I got a lot of criticism from people saying that I was crazy for having dropped out of medicine. For writing and traveling and not being married. I had a lot of people telling me I had made bad choices, but you know my inner wisdom told me that this was my path and I should follow it

Exactly, eventually it worked. So I think you have to be willing to take that risk.

If you have any good questions comment below and maybe you’ll hear the answers in part 2!